A group of women, all alone in the woods during the off-season when no one else is around for miles, all the local shops and restaurants are closed and its below freezing outside. Once the sun goes down, the cabin starts to creak, branches snap outside and everyone is very much aware of how isolated they really are. Scary right? We’ve all seen this movie before. We all know how it ends. Or do we?

If you are a member of the Little Black Dress Club, this past “Glamping” trip ended with 10 empty bottles of wine, a brief stint as trespassers, stomachaches from laughing so hard, and new friendships that will likely last a lifetime.

12 members from the Nashville Chapter along with one member from our Birmingham Chapter embarked on a 3 day trip to Dale Hollow Lake. Leaving Friday afternoon packed with hairspray, wine, a Magic Mike DVD, and lots of snacks, we spent the weekend in a remote cabin with the entire Eagle Cove Resort to ourselves. After getting settled in for the weekend, we noshed on some taco soup and turned in early, ready to start the next day. 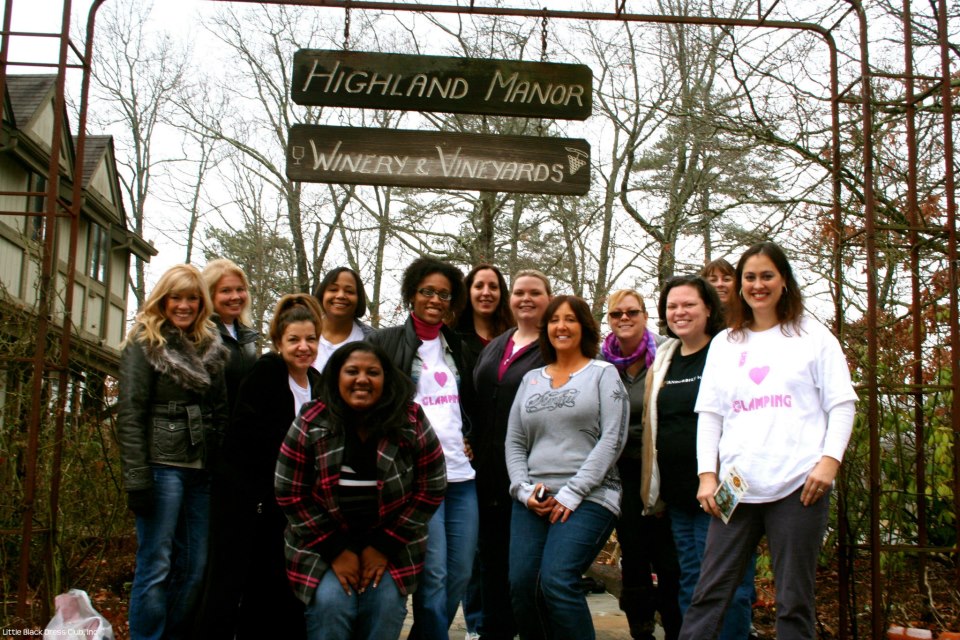 Saturday morning started off with a tour of Highland Manor Winery. At the oldest winery in Tennessee, we enjoyed a hefty tasting from their entire wine list. The locals didn’t know quite what to think about such a large group of women all wearing “I heart Glamping” t-shirts and buying 3 or 4 bottles of wine. Each! While everyone was on their best behavior, we certainly left Highland Manor a little brighter than it was when we got there.

Driving on down the road to Muddy Pond, our group stopped to visit the local Mennonite community. Buying homemade goods from the General Store, enjoying a taste of several of their homemade cheeses, and posing for pictures with.....well.....lots of muddy ponds, turned out to be a tiring but great ending to a day full of new and interesting stops. 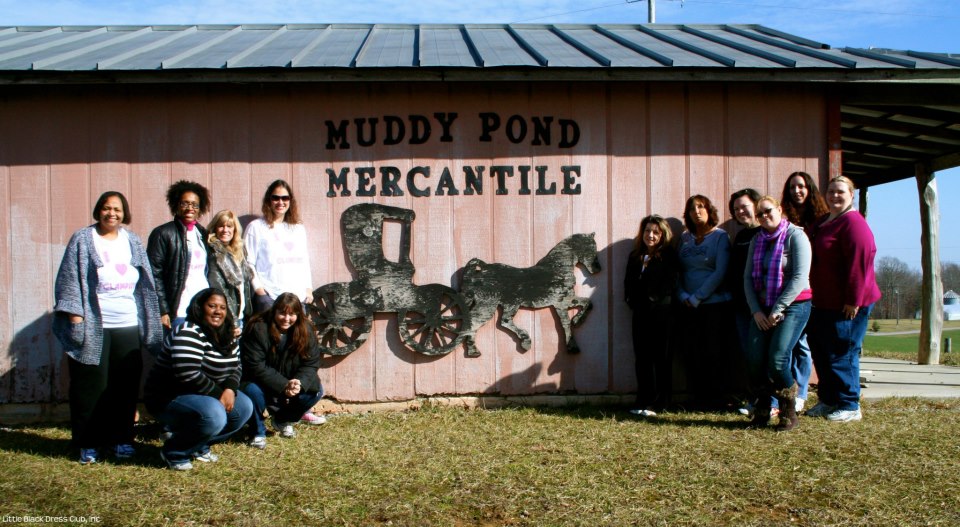 Once we arrived back at the lake, half the girls laid down to rest, another handful started preparing dinner, and then there were the few that went rogue. As I have said, this is the off season and the resort and marina, including a dock full of houseboats, were empty. So while others were napping and preparing our dinner, we decided to go for a walk. Which turned into a hike. Which then lead to pictures on the dock with the sunset in the background. Which somehow ended up with us sitting on the top deck of a 180 foot houseboat laughing at each other for no apparent reason, taking ridiculous pictures, and completely oblivious of any “no trespassing” signs. But hey, you only live once right? 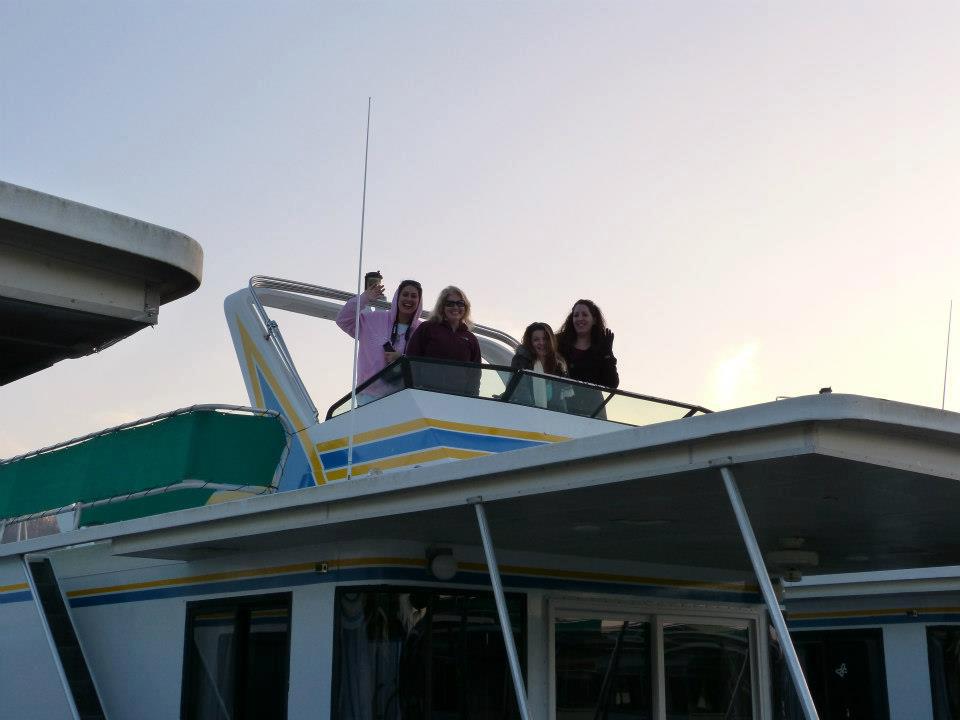 Finally realizing we needed to book it back to the cabin since it was getting dark and we had heard rumors of what happens during a full moon, we arrived back just in time to enjoy a great dinner (Thanks Bridget!), “better than sex” dessert, and the first viewing of Magic Mike.
As we changed into our pajamas, popped a few wine corks and began several inappropriate and borderline obscene conversations, it occurred to a few former girl scouts that camping in the woods would not be complete without s'mores. Of all varieties. 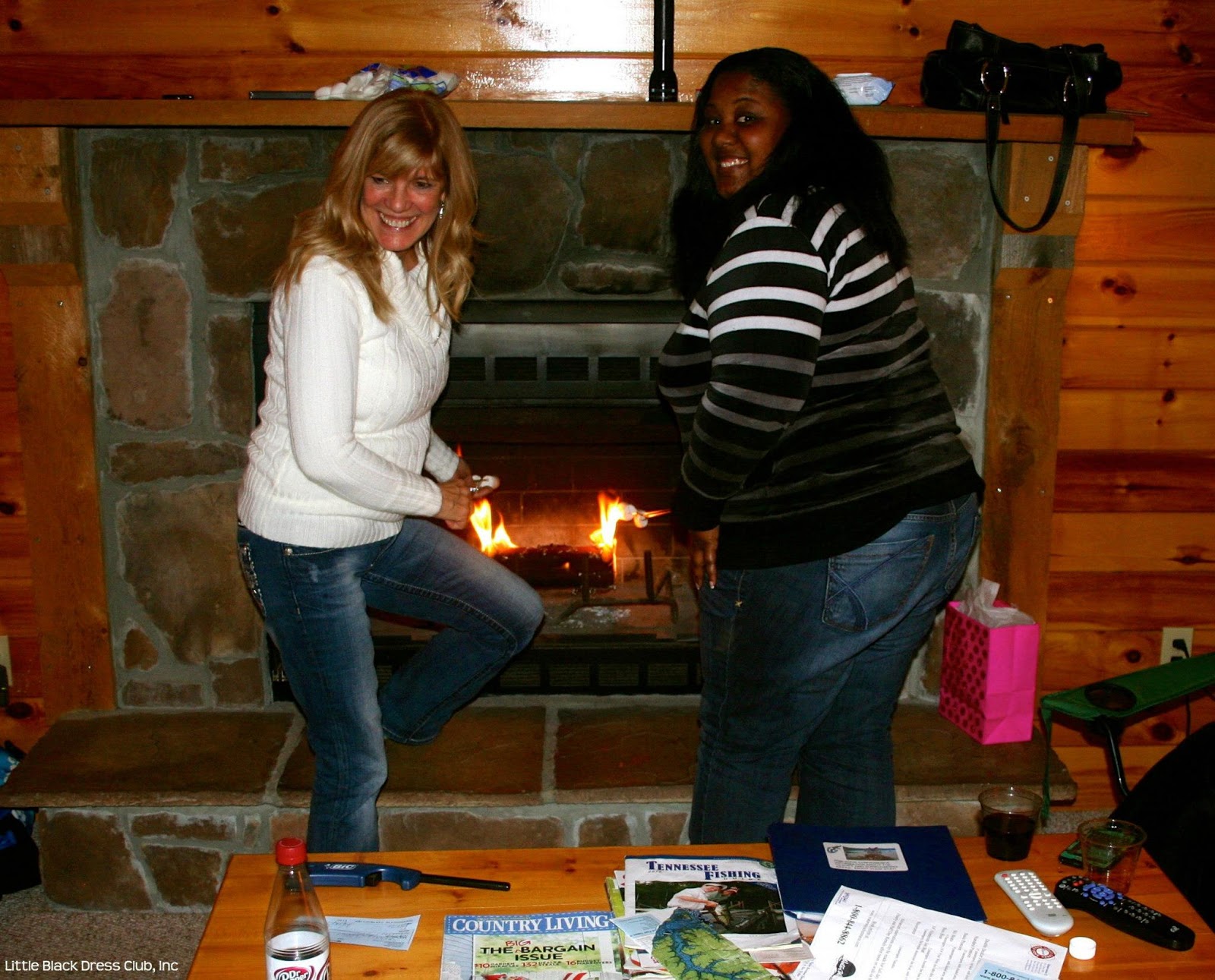 Because there were no tall, dark and handsome strangers to show us how to work the gas grill or build our own fire, we compromised. We roasted marshmallows in the fireplace using a fire starter log and we made smores shots! Whatever works right? While the fireplace s'mores were great and the whiskey shots were tasty, it did take a couple of tries before some of us learned how to complete the process without burning off our eyebrows. True Story.

After a second viewing of Magic Mike, no more wine and the sadness of having to leave the next day started to register, it was time to turn in. While I never thought I would find myself sleeping on the floor in front of a romantic fire with a cabin full of women, it was the best ending to the best day. Ever.

Sunday proved to be no exception. Imagine the movie ‘Hangover.’ Waking up and checking our phones, we began seeing, some of us not remembering,  videos and pictures that we had taken the night before-we all made what we coined “A Full Moon Vow.”  We agreed to view these videos and pictures ONE TIME. Then never speak of them again. There were only a few that escaped the cut. 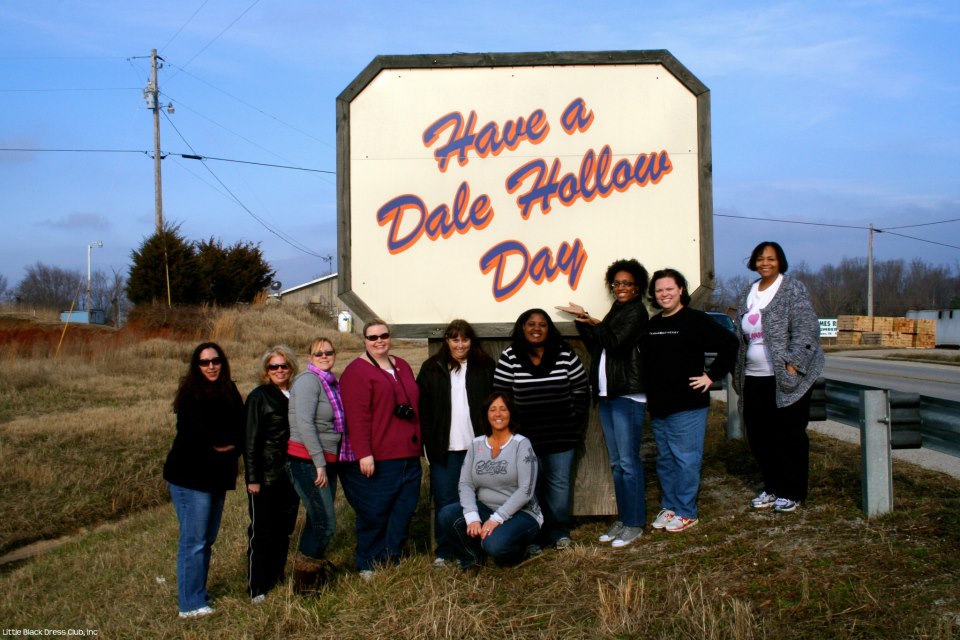 After realizing our chosen restaurant was closed and only open during summer months, we hit the road. Headed back to Nashville tired, partially hungover, and randomly laughing at something that someone said or did the day before, we ended our weekend with a walk of shame at the only place we could find that was open. Shoney's Breakfast Bar. It was the perfect ending to the Little Black Dress Club’s very first Glamping Trip, the beginning of some great friendships and memories, and the reality that Monday was just a few hours away.

Glamping Part Deux is already being planned. Hope to see you all there next time. You won’t be sorry.

Posted by Little Black Dress Club at 12:30 AM