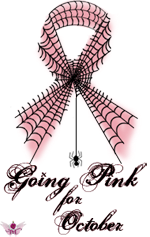 For many, October means the leaves are changing, the days are getting shorter and the weather gets a little colder. For others, October brings a reminder that Breast Cancer Awareness can never be overdone.

Every October, you see pink ribbons in stores, at gas stations, in commercials and on t-shirts. It’s a month to celebrate our survivors, remember those we have lost and encourage those we love to get checked, schedule a mammogram and be aware that there are steps that can be taken to slow the progression of this deadly cancer. There are fundraisers, marathons, celebrations and a nation of pink, all with hopes to end this disease.

Because the Little Black Dress Club is an organization made up of strong, intelligent and wonderful women, we wanted to help raise awareness for those of you who may not stop to think about breast cancer very often. We want to remind those of you who have been affected that there can be a cure one day. And for those we have lost to this disease, we want you to know that we will never stop spreading awareness or sharing the importance of saving the tatas.

Here are a few stats that you may not have known:

With all of the risks inherent in being women, there are many reasons to raise awareness, get annual mammograms and ultrasounds and proudly display our pink ribbons. This October let’s show the world that as women, we are united, we are fierce and we will find a cure for this disease. Let’s save the tatas, ladies. One pink ribbon at a time.


~Shay Ashcraft
National Director, LBDC
In memory of my mother and grandmother

Posted by Anonymous at 6:00 AM